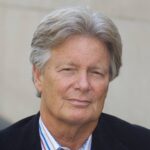 Marcus Rediker is Distinguished Professor of Atlantic History at the University of Pittsburgh. He has written or edited twelve books, including The Many-Headed Hydra (2000, with Peter Linebaugh); Villains of All Nations  (2004); The Slave Ship  (2007); The Amistad Rebellion (2012); and, most recently, The Fearless Benjamin Lay (2017). His writings have won numerous awards and been published in sixteen languages. Over the years he has been active in a variety of social justice and peace movements, especially the worldwide campaign to abolish the death penalty.  He is currently completing a stage play about Benjamin Lay with the playwright Naomi Wallace; working as Guest Curator in the JMW Turner gallery at Tate Britain; and writing a book tentatively entitled “Freedom Ship: Escaping Slavery by Sea in Antebellum Atlantic America.”  For more information, visit www.marcusrediker.com. 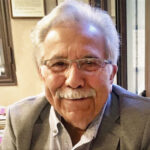 Tony Buba has made over thirty films including four feature films exploring working-class issues in and around his hometown since 1974. Buba began his career with “The Braddock Chronicles,” a dozen short documentary portraits of the stubborn signs of life in a dying mill town. Buba’s work has been showcased in one-person shows at The Museum of Modern Art, the Whitney Museum of American Art, Anthology Film Archives, The Carnegie Museum of Art and more than 100 museums and universities. His awards include fellowships from the NEA, AFI, and the Rockefeller and Guggenheim Foundations. Buba’s many awards include Alfred I. duPont–Columbia University Award and Pennsylvania Media Artist of the Year.

Momoh Taziff Koroma (1957-2018) hailed from the village of Baoma, Gallinas-Perri Chiefdom, in Pujehun District in Sierra Leone’s Southern Province. During his long and active career, Taziff made wide-ranging contributions to the study of Sierra Leone’s languages and cultures, and to the development of language studies in Sierra Leone’s schools. He received his BA in Linguistics from Njala University College, and a Higher Teacher’s Certificate (HTC) and MA in Linguistics from Fourah Bay College. Taziff served as Senior Lecturer in Linguistics at Fourah Bay College at the time of his passing. Taziff co-authored Krio Dictionary and Phrase Book (2014) and was involved in documentary film projects such as Family Across the Sea (1990), The Language You Cry In (1997) and The African Americans: Many Rivers to Cross (2013). 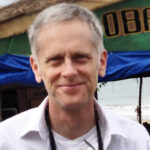 John Rice began his filmmaking career on George Romero’s zombie classic, Dawn of the Dead, where fortuitously, he met Tony Buba and Tom Dubensky and has since enjoyed a decades-long friendship and collaboration with both filmmakers. As Director and Director of Photography, John’s commercial work has garnered Clio, Addy, Mobius, and Art Director’s Club awards. Recent films include The End of Blessings and Off the Table. He is a Master Teaching Artist in the Cinema Arts program at Point Park University. 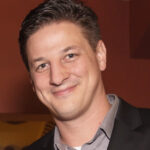 Philip Misevich is Associate Professor in the History Department at St. John’s University, in New York. He is the author of Abolition and the Transformation of Atlantic Commerce in Southern Sierra Leone, 1790s-1860s (2019) and coeditor of The Rise and Demise of Slavery and the Slave Trade in the Atlantic World (2016). Misevich is on the executive board of the Slave Voyages project (www.slavevoyages.org) and is actively involved in other prominent digital humanities projects relating to slavery and the slave trade. 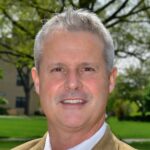 Konrad Tuchscherer is Associate Professor of History and past Director of Africana Studies at St. John’s University (New York).  He is a specialist in the history of written traditions in Africa, including the Mende Kikakui script, and serves as the Co-Director of the Bamum Scripts and Archives Project at the Bamum Palace in Foumban, Cameroon.  His work has appeared in major journals and featured in reports by the BBC and NPR. Tuchscherer contributed to the Smithsonian’s groundbreaking exhibition on African scripts and wrote a chapter in the resulting book, Inscribing Meaning (2007). He co-edited The Autobiography of an African Princess (2013) on the life of Fatima Massaquoi. He is the past recipient of Marshall and Fulbright awards and currently a non-resident visiting scholar at the W.E.B. Du Bois Research Institute, Hutchins Center for African and African American Research, Harvard University. 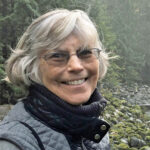 Jan McMannis retired in 2009 after a career in adult education.  Most recently, she worked as a learning specialist at the University of Pittsburgh where she first became acquainted with Marcus Rediker’s books and lectures.  Jan developed her knowledge of documentary film as a pre-screener for the Athens International Film Festival and an editor for the film journal Wide Angle.  After moving to Pittsburgh, she served for several years as film programmer for the Pittsburgh Filmmakers Oakland Screening Room.  Working with the rest of the team in Sierra Leone was an amazing adventure for which she is incredibly grateful. 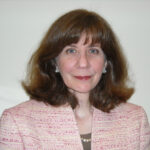 Eileen Weiner served as the Associate Director of the University Center for International Studies (UCIS) of the University of Pittsburgh.  Previously she served as the Director of International Advancement for UCIS.  Eileen received her J.D., with honors, from the University of Maryland School of Law.  Prior to practicing law, she worked as a Public Information Officer at the United Nations Association in New York; and as Senior Project Coordinator for Research and Development at Blue Cross and Blue Shield of Maryland.   Specializing in health care and hospital law, Eileen was in private practice in Baltimore, and subsequently was Senior Counsel for a Pittsburgh health system. She is also a free-lance book reviewer. 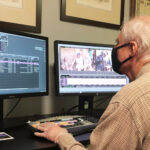 Tom Dubensky has edited numerous feature films and documentaries in a variety of genres, styles, and subjects. Tom’s work includes the 1990 remake of the horror classic Night of the Living Dead and the award-winning comedy/drama The Journey.  Tom’s work in collaboration with Tony Buba includes Struggles in Steel and We are Alive! The Fight to Save Braddock Hospital, which he also co-directed. Documentaries he edited for filmmaker Kenneth Love include Saving Fallingwater, Charles Moore: I Fight with my Camera,  and CINE award-winning Newspaper of Record: The Pittsburgh Courier, 1907-1965, all of which were shown on numerous PBS stations. He also edited Dumpster and Mr Pleasant, both directed by John Rice.