Tony Buba:  Since the 1970s I have devoted the majority of my filmmaking career to chronicling the human effects of the deindustrialization of my hometown, Braddock, Pennsylvania, once a thriving steel community.  My films document the struggles of working people caught in harsh, sometimes deadly situations.   In this community I found courage, humor, resilience, and a stubborn will, as reflected in the title of my 2012 film,  We Are Alive, an account of the closing of Braddock’s only hospital because it was wasn’t generating sufficient profits.

Marcus Rediker:  Since the 1970s I’ve been devoting my professional life to chronicling the human effects of the rise of capitalism around the Atlantic, on tall ships and in port cities.  Like Tony, I have focused on working people caught in harsh, sometimes deadly situations – sailors and slaves, for example, on pestilential slave ships, trailed by hungry sharks.  I also found courage, humor (often gallows humor), and rebellious will in a many-sided struggle to survive.  I, too, explore the contradictory relationship between people and profits.

Soon after I published The Amistad Rebellion, a history of the famous slave ship uprising of 1839, my friend and colleague Konrad Tuchscherer (St. Johns University) suggested that we take the book to Sierra Leone to talk to people there about it.  I knew immediately that Tony would be the perfect person to shoot this search for the African origins of the Amistad story.

Tony:  We had come to know each other over the years, mostly through attending the same political demonstrations in Pittsburgh.  When Marcus approached me in February 2013 about making a film in Sierra Leone, I agreed to do it almost before he finished his pitch.

Marcus and I were able to assemble a wonderfully talented team: along with Konrad, we had Philip Misevich, also a historian of Sierra Leone at St. John’s University, and Taziff Koroma, Lecturer in Linguistics at Fourah Bay College in Freetown. Our film crew consisted of John Rice, Jan McMannis, and Idriss Kpange (Multimedia Concepts, Freetown).  We traveled to Sierra Leone in May 2013, visiting the villages the Amistad Africans had come from, to interview elders about surviving memory of the case, and to search for the long-lost ruins of Lomboko, the slave-trading factory where the soon-to-be rebels were held prior to their departure from Sierra Leone for Cuba and eventually the United States.

Marcus:  We wanted to recover the hidden African side of the story.  Our team set out to explore how the Amistad case was remembered in the place where the epic story began.  At the outset I recalled a question posed to me a couple of years earlier by Geri Augusto, who studies the transit of knowledge systems in the African diaspora: “When are you going to Sierra Leone to learn the part of the story only the elders there know?”

We took off for Freetown and from there for the far southern Kerefe/Gallinas region, one of the poorest and most remote parts of one of the world’s poorest countries.  Underdeveloped by the European slave trade and a subsequent British imperialism that sucked vast quantities of laboring bodies and glittering diamonds out of the country, Sierra Leone has been weakened further by a long, bloody civil war (1991-2002) that left more than 50,000 dead and hundreds of thousands with amputated limbs.  Much of the fighting took place in the southern and eastern parts of the country.  We traveled on roads cratered by bombs meant to hinder the deployment of troops more than a decade earlier.

Tony: We talked to villagers, town chiefs, truck-drivers, teachers, and fishermen – people from all walks of life.  Through persistence and patience, Marcus, Konrad and Phil – with Taziff’s masterful linguistic and cultural interpreting – learned a great deal from the elders of southern and eastern Sierra Leone, as we searched for, and found, living memory of slavery in general and the Amistad case in particular.

Marcus:  We found, for example, an elderly woman who was apparently a descendant of one of the Amistad rebels.  Our search for the dreaded Lomboko took us on an eerie hour-long canoe ride through a crocodile-infested mangrove swamp.  We came to understand that the history made by working people can be recovered outside the formal archive, in the stories passed from one generation to another, in the West African oral history tradition.

This film is the story of that understanding. 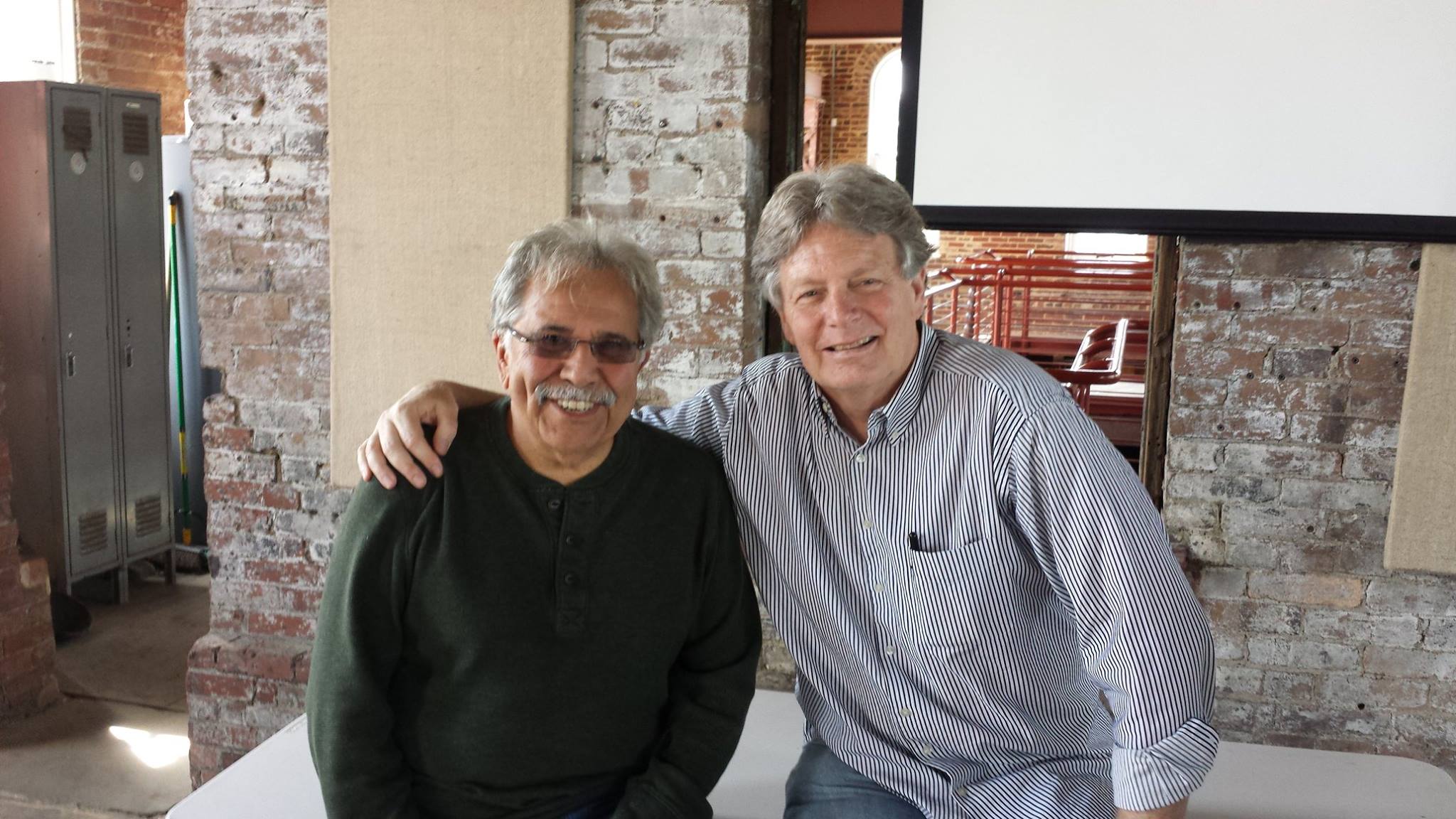 Tony and Marcus at the Pump House, Homestead, PA